While I’m thinking about it let me mention that I still hate the lack of fluidity in the FSX replay feature. The replay setup is the same as it was in FS9 and the level of event recreation remains relatively poor. By that I mean that if you watch a replay of something like a landing, the replay appears sort of sterile and robotic, as if the recorded data points are too far spaced to provide a seamless replay. I’ve always felt that X-Plane (ok, I finally said it!) has an infinitely better replay feature that not only retains the fluidity of the recorded flight, but also has great tools and functions that allow you to quickly advance and rewind the action. Take a lesson Microsoft. And don’t think I’m done with X-Plane comparisons; you aren’t getting off the hook that easy FSX. Did I just say X-Plane? Well, apparently FSX took a page out of X-Plane’s book by implementing transparent cockpit panels. Nice job and well implemented (and sorely needed).

In Part 2, “BeachAV8R” talks about the helicopters and planes of FSX. 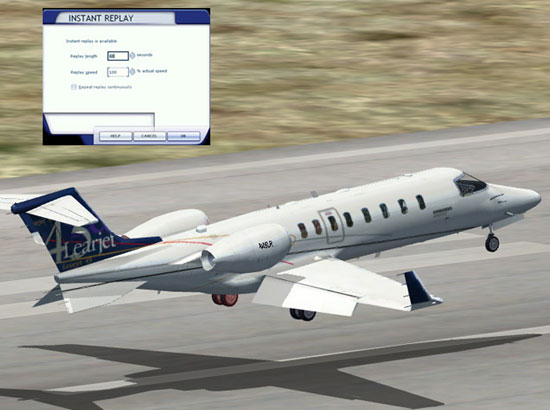 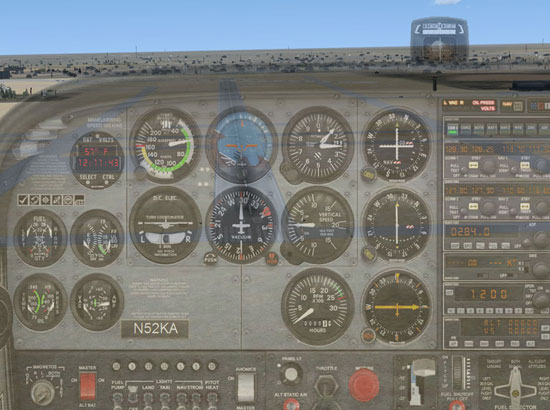 Note: For illustrative purposes some of the images in this review were cropped in order to highlight certain aspects of the software.

Check out our Air Combat Zone Library!
A percentage of the sales helps to keep the SimHQ doors open.

Aircraft Red Leather, Seat INOP Do Not Use, Placard
$19.99