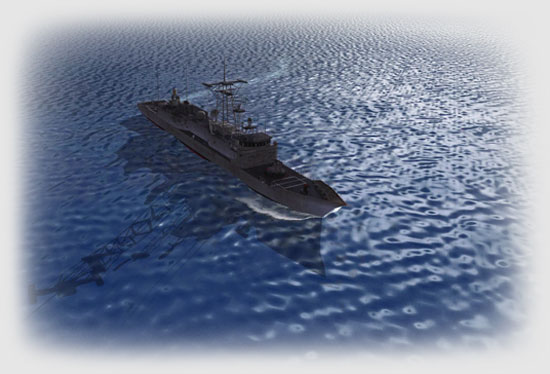 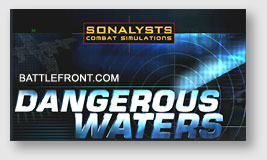 It has been a long time between drinks for connoisseurs of fine modern naval warfare. In fact, it has been over three years since Sub Command: Seawolf / Akula / 688(I) was released to rave reviews in late 2001. Since then WWII naval simulations have dominated.

Finally, the wait is over.

Who better to do a modern naval simulation than Sonalysts, a company founded by David Hinkle, a retired naval Commander with a long history of working with the US Navy in areas such as sonar, communications, weapons and training programs.

Sonalysts bring with them a reputation for high quality simulations with previous titles of 688(I), Fleet Command and Sub Command.

With submarines, a frigate, a helicopter and an airplane Dangerous Waters could be considered four games in one. 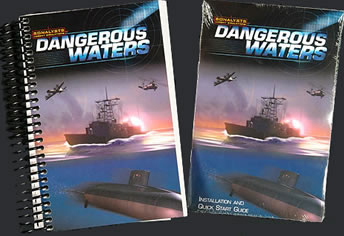 Yes, Battlefront is a publisher that believes in the good old-fashioned manual, not a 50+ page leaflet that comes with most of today’s games. Some of our readers will be too young to remember a time when a manual of several hundred pages was just the way it was. The quality ring bound manual includes everything that you will need to know to control all the playable platforms.

For those purchasing the Regular version, you will find the same 570 pages of content in the PDF user manual.

The install process is very straightforward taking less than 10 minutes. You have a choice of a full install at 945MB or a typical install at 490MB. Should you not have DirectX9C or Microsoft’s Speech Engine 5.1 (or later) already installed you will be prompted to do so during the DW install.

The first order of business before rushing into a mission without reading the manual is to configure the various game options. The options include Game (realism), 3D, Crew (for each platform), Sound, Controls and Multiplayer.

Should you decide during your initial missions that something is not to your liking it is simply a matter of accessing the ‘options’ while within a game and making the changes. 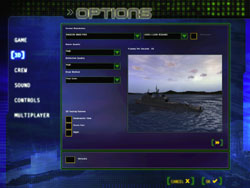 In the 3D options Sonalysts have included a preview window and a frame per second display enabling you too easily gauge the effect of your graphic choices and what impact it will have on the frame rate.

In the Controls, you are able to remap everything to a key of your choice. An excellent option that is often not available.